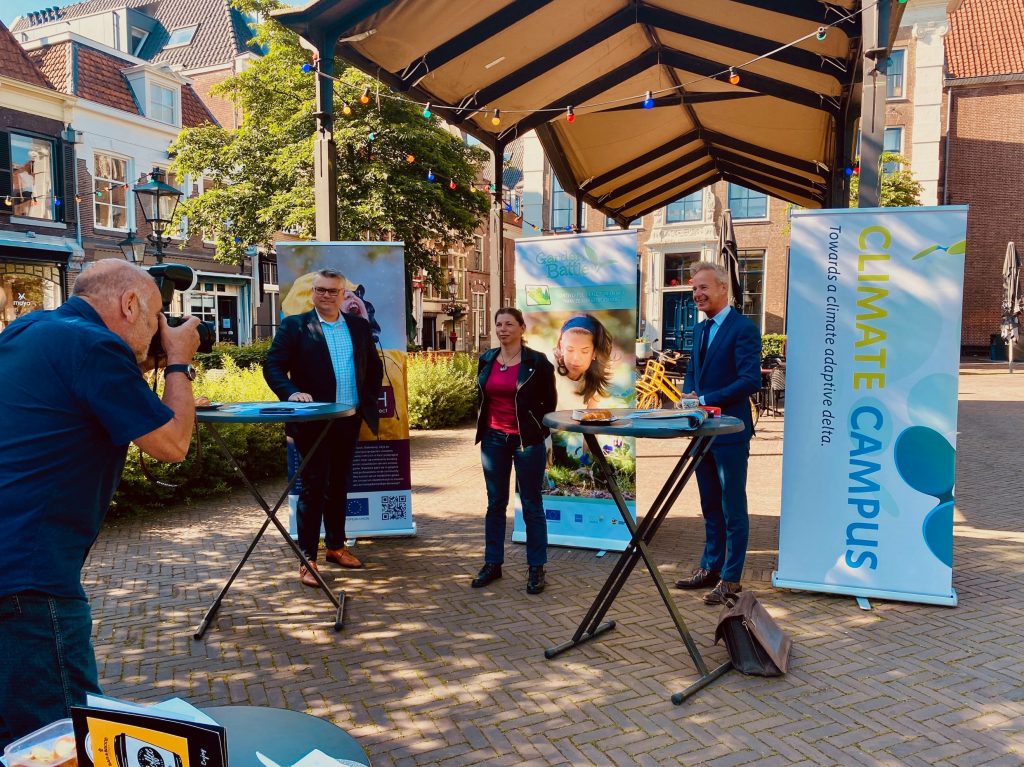 A second serious game that Zwolle was eager to develop was a sort of SIM City game, set in Zwolle’s digital twin city. Residents are challenged to make their own gardens, neighborhoods and cities more green and give water more space. The design started in the second half of 2020, after game builder Grendel Games won the tender for this assignment. After months of development together with a test group of stakeholders in the Climate Campus network, the pilot started in March 2021 with the first prototype of the game.

After the pilot the 2.0 version of the Garden Battle was launched. Residents of Wipstrik and Stadshagen were able to sign up for the game. At the end of April 2021, additional possibilities were added to the game, such as creating a design for a neighborhood square or other parts of public space. Beautiful prizes were to be won. In June 2021 the award ceremony followed and 7 price winners were announced. After this event the Garden Battle was opened to the whole city, all residents could play the game during the month of June. At this point also scientific research was conducted on the effects of this serious game. The results are expected in the course of 2022.

With the results of CATCH, Zwolle can finalize its long-term strategy for climate adaptation at city level. A strategy that integrates measures at all levels (from rivers to rain barrels). Zwolle believes that community building is an important measure to become a city where inhabitants know how to adapt well to the new weather extremes. Therefore, the Zwolle team expects that the outcome of the pilot will help to continue the successful implementation of the climate adaptation strategy for the long term. Moreover, the outcome of the pilot provides valuable input for the CATCH dashboard (Decision Support Tool).

The partners jointly develop a decision support tool – a monitoring tool to measure how far the city is on its way to become climate resilient and to be able to keep adapting the strategy to new experiences and insights along the way.

The CATCH project was supposed to end in the summer of 2021. However, the success and positive experiences of the pilot partners have resulted in an extension of the project. This has enabled Zwolle and Climate Campus to further develop and roll out the Garden Battle more broadly to first two neighborhoods – Wipstrik and Stadshagen – and then even Zwolle-wide.

An action plan has been developed for playing the Garden Battle. Municipalities and other organizations that want to use the Garden Battle for their own town can quickly get started with this action plan. The game needs to be adjusted (in cooperation with the game designer Grendel Games) to their own area. This is described in chapter 3 of the action plan (including the costs). Please find the Action Plan available here for download. For more information, please send us an email.

Read more about the CATCH pilot Zwolle in progress.